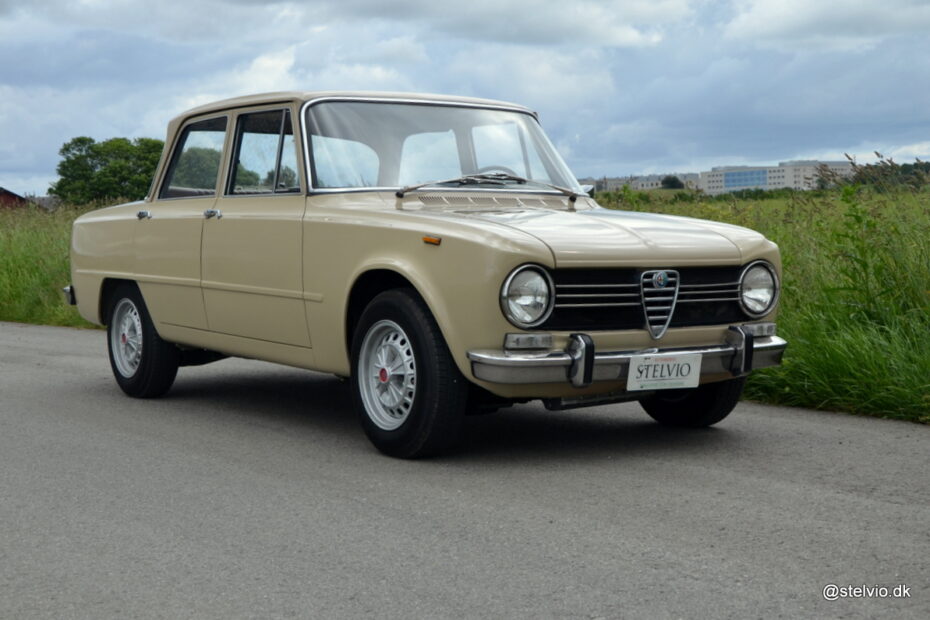 It might have been VW who invented the GTI and had it established as a brand but their car arrived 15 years after Alfa Romeos. In 1962 when the Giulia was introduced as a successor for the popular Giulietta it became a benchmark for technical refinement. It is the genesis of what we later have come to understand as a GTI. A compact family car with an advanced and powerful engine, efficient brakes and not least driving characteristics to match. And wrapped in a discreet bodywork so that only the knowledgeable will appreciate that here is a car, which can make life difficult for owners of so-called sports cars.

Depending on model the engines provided between 82 and 112 HK and compared to other cars of that area the Giulia was a sports car dressed up as a family car – just compare with cars like Ford Anglia, Opel Kadett or VW 1300….. Not only was the car technically advanced but for the first time a manufacturer made use of a wind tunnel when developing the car. It does not appear that the angular body should be aerodynamic but the car has a cv coefficient of only 0.32 which is similar to that of a Porsche 911 or the 25 years younger Audi 80. Back in the sixties almost no other cars could match this and the top speed – up to 180kph was quite astonishing for a car with a modest size of engine.

Our example has just arrived from Italy and presents itself very nice and original in its “Beige Cava” color. Combined with the beautiful and quite rare forged Borrani wheels and the well preserved interior the car is quite delightful and a real time warp. The Giulia runs very well and you cannot help being in a very good mood when driving this car.

We deliver the car with Italian papers.