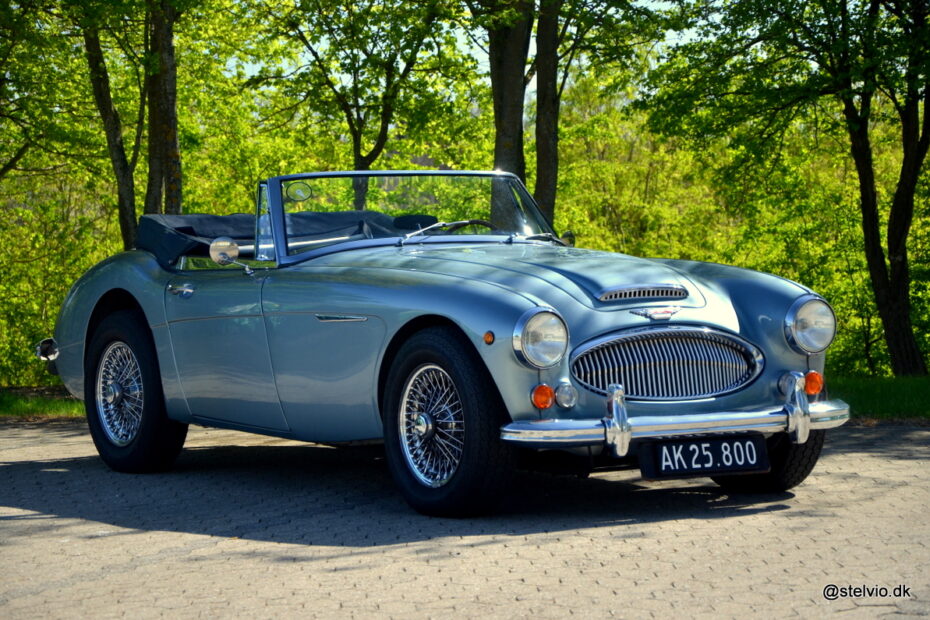 The last iteration of the legendary ”Big Healey” with all the updated equipment and technique. Known as Mark III or BJ8. A worthy representative of the quintessential British sportscar presented in the beautiful and classic color Healey Blue. The Mark III edition is characterized by wind up windows and a proper folding soft top mounted on a real stand, which can be used easily. Also the engine was updated to be the most powerful engine in a Big Healey developing 150 hp. Also a brake booster became standard. Austin Healey Mark III was in production from 1964 – 1967 and few changes were introduced in the course of production. This car is the very final example (known as phase 2), which can be identified by the separate front indicators.

This example was “frame off” renovated in 1996 (substantial documentation is available) and the last owner has maintained the car properly and invoices totaling EUR 13,000 covering the past years are presented in the file of the car. The 3 litre straight six fires up instantly with the classic “Big Healey” rumbling sound. Everything works as it is supposed to do including the overdrive, the soft top is in fine condition and a tonneau is also included. Furthermore a Heritage Certificate documenting the car as “matching numbers” is included.

The car is the quite usable 2+2 version. An attractive price for “Big Healey” Mk III.

Will be delivered with historical Danish license plates.