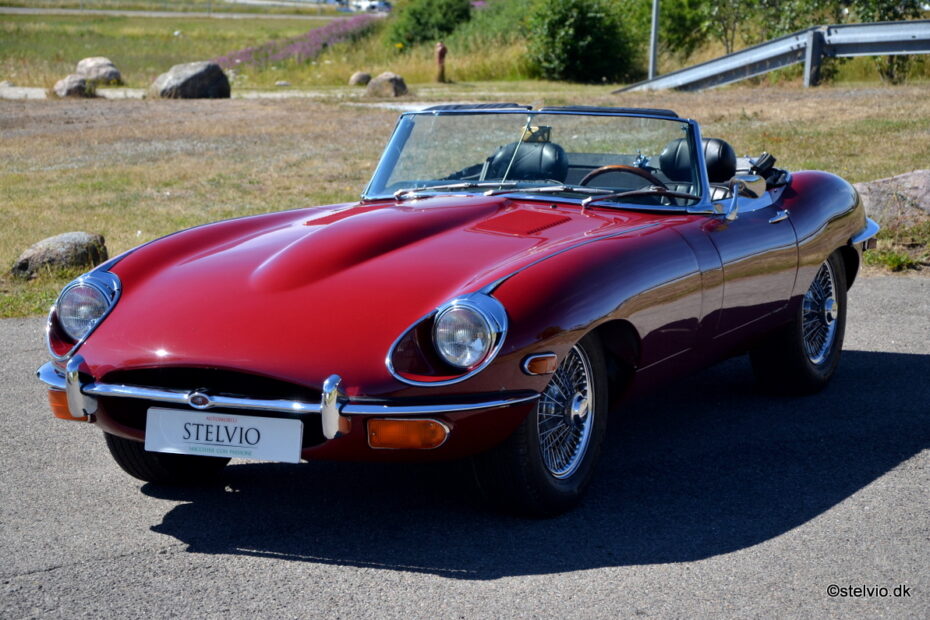 When the Jaguar E-Type was introduced in 1961 it might not be as fast as a Ferrari as noble as an Aston Martin or so well constructed as a Mercedes Benz but it was by far the sports car that offered most value for the money. With the E-Type Jaguar managed to turn all the success and fame from the race tracks obtained by the famous C- and D – Type racers into a glamorous and well driving sports car meant for the road. That the iconic E-type also became a symbol of the Sixties and since was exclaimed the World’s most sexy vehicle did not damage its status as one of the most attractive classic cars.

The Series 2 cars received the larger 4.2 version of the iconic straight six, which was developed during the War. This engine was kept in production from 1949 – 1992 which says a lot about the durability of the design. Along with the largest version of the engine is a noticeably improved torque, which really is of benefit when driving the Jaguar.

The E-Type found its biggest market in the US where this example is from. It came to Denmark in 2010 where a light renovation was initiated. The body was original and never welded and today presents itself in a rust free condition. The car was repainted in its original color “Regency Red” and the chrome work was redone as well. Following a refurbishment of the seats and a new hood the car presented itself in a very good condition. Following that the car has been driving in Denmark and received ongoing maintenance and service. Latest work is a complete new exhaust system in stainless steel.

Today this matching numbers car still presents nicely in its elegant color ready to be enjoyed behind the typical thin wooden steering wheel. We offer this car at a price quite favorable compared to the International market.