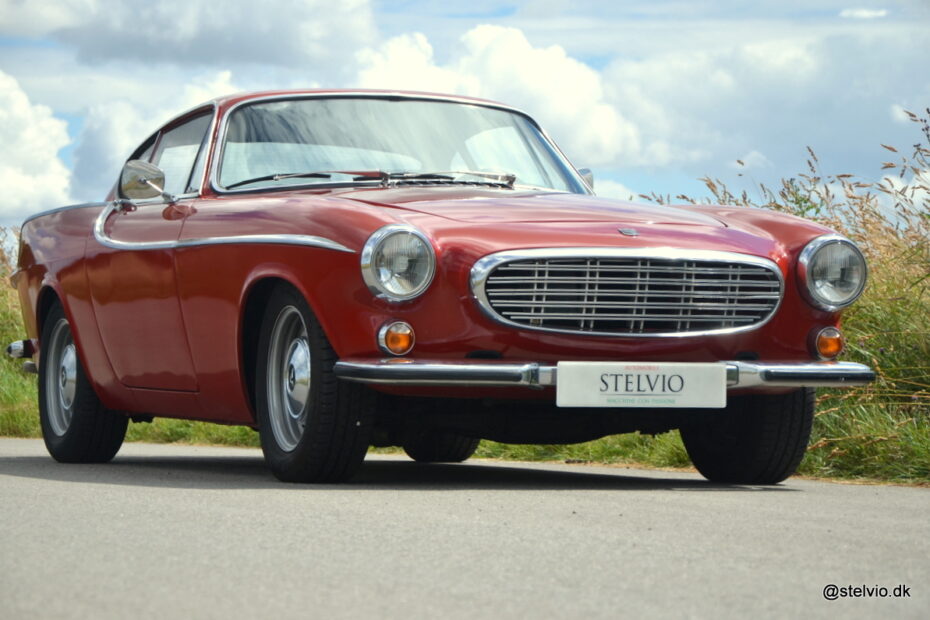 The iconic sports car from Volvo immortalized in the cult series ”The Saint” with Roger More as the main character. From the introduction in 1961 the car was produced by Jensen in UK and from 1963 the production moved to Sweden where it remained throughout the lifetime of the model. The engine was a B18S, which later on was also used in the Amazon and the transmission was often a 4 speed with overdrive.

This example from 1966 presents nicely in its classic red color, which suits a P1800 so well. The 1966 model was the last with the gorgeous and characteristic curved side lists made of chrome, later they were replaced by straight lists. The paint of the car presents very well and the interior has the right kind of patina except for the front seats, which are newly renovated with black leather. Also the roof lining was renewed. Technically the car is well functioning as it is upgraded with a B20 engine with fuel injection from the “E” model producing around 130 bhp. This package delivers plenty of torque and power to the car. The undercarriage and brakes were reviewed by the last owner who also mounted wider rims. The overdrive function works well and is an advantage on longer trips.

The car is delivered with historical Danish license plates ready to be enjoyed by the new owner.