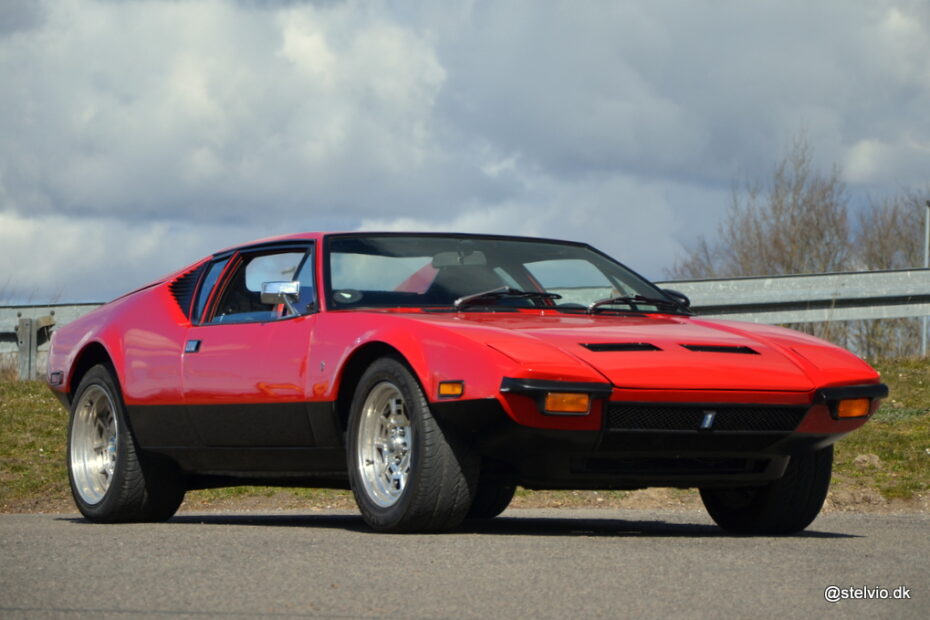 The creative Entrepreneur and Industrialist Ajandro de Tomaso wanted to produce an italian sports car, which could reach out to a wider audience. Following the models Vallelunga and Mangusta (also powered by Ford V8) and produced in limited numbers the time was set for a full blown car with center engine which could be produced in larger numbers, while competing with similar models from Ferrari and Lamborghini.

De Tomaso Pantera was designed by the American Tom Tjaarda (who was also responsible for Fiat 124) and produced by Carrozzeria Ghia in Italy, however it was primary the US market Alejandro De Tomaso had in mind. In cooperation with Ford it was decided to deploy the legendary Cleveland 351 cui engine for these exotic cars. During the 20 years of production more than 7,000 cars were produced of which 75% were sold during the first 3 years . The car was an instant success.

Built as a proper center engine car with the gearbox mounted backwards you are never in doubt about what the big V8 engine is doing. The 5-speed “dog-leg” gearbox from ZF with open gate functions very nicely, however the big torque from the engine does not make it necessary to change gears often. The brutal sound pictures the nature of this car pretty well. The handsome dual-color leather interior is in good shape and matches the color of the car. Just like pretty much all other Pantera’s this example was originally sold in US and came to Europe in 2013. It is one of the very early examples with push start button. Now in Denmark and with Danish titles. The car was maintained on a current basis and a good amount of documentation goes with is.

A fantastic combination of solid US V8 power wrapped in an elegant Italian design. An Italy-American love affair ready for a date with its new owner.