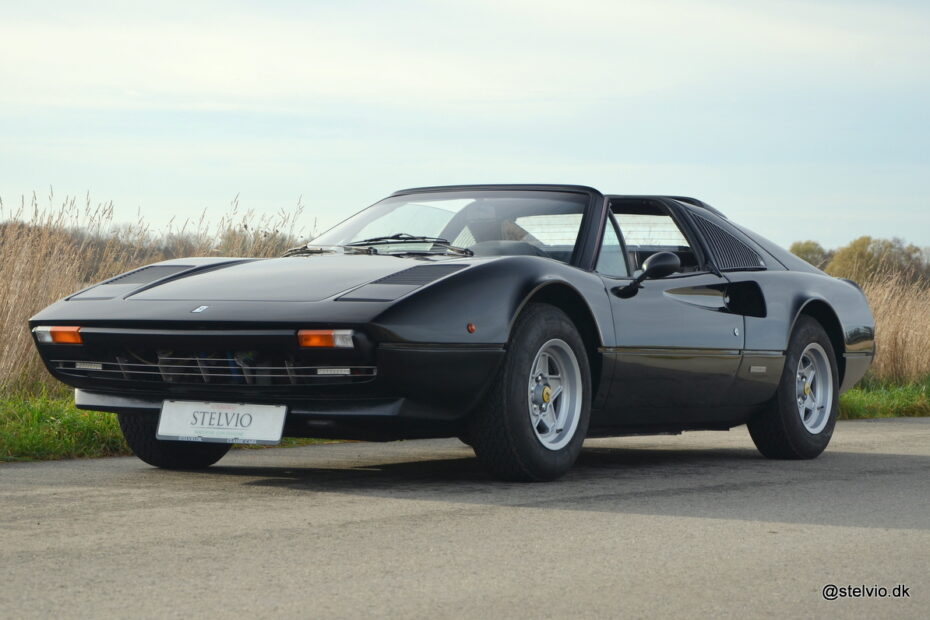 Many people regard this as one of the most beautiful Ferrari models. Who doesn’t remember the TV series Magnum with Tom Selleck at full speed as a private investigator with a keen eye for cars as well as girls? Pininfarina (actually Leonardo Fioravanti) created the lines of 308 based upon Dino 246 as well as Berlinetta Boxer. Initially presented as GTB at the car exhibition in Paris in 1975 where it instantly became a design icon. Later in 1977 the Targa version named Spider in Italy and GTS on the world market arrived. The early versions were equipped with carburetors but as emission standards were increased fuel injection was introduced. This is the first version with Bosch K Jetronic, which works impeccable at start as well as when driving. The sound is more dry and rasping than the carburetor version and combined with the specially produced silencer the sound is great when driving without being too noisy. The manual, dog-leg transmission with the classic open gate works perfectly as well.

This example is mechanically and body wise in a very nice condition, following a comprehensive renovation done by a well known Danish work shop. During the past years more than 200,000 DKK/26,000 euros was spent on engine and transmission. All work is documented by invoices from the Ferrari specialist. The engine pulls nice and evenly throughout the revs and the car drives like a Ferrari is supposed to – very good. The classic open Ferrari gate is a joy to use and the transmission works surprisingly easy – not always the case for these cars. The targa roof is easy to dismantle and is placed neatly behind the seats providing you with an even more intense drivers experience with wind in the hair and the capophony of the V8 in your ears. This makes a 308 GTS a quite usable and all-round GT car suitable for a blast on b-roads or a trip to the Alps.

We deliver the car with fresh MOT on Danish papers ready for new adventures with its lucky new owner.