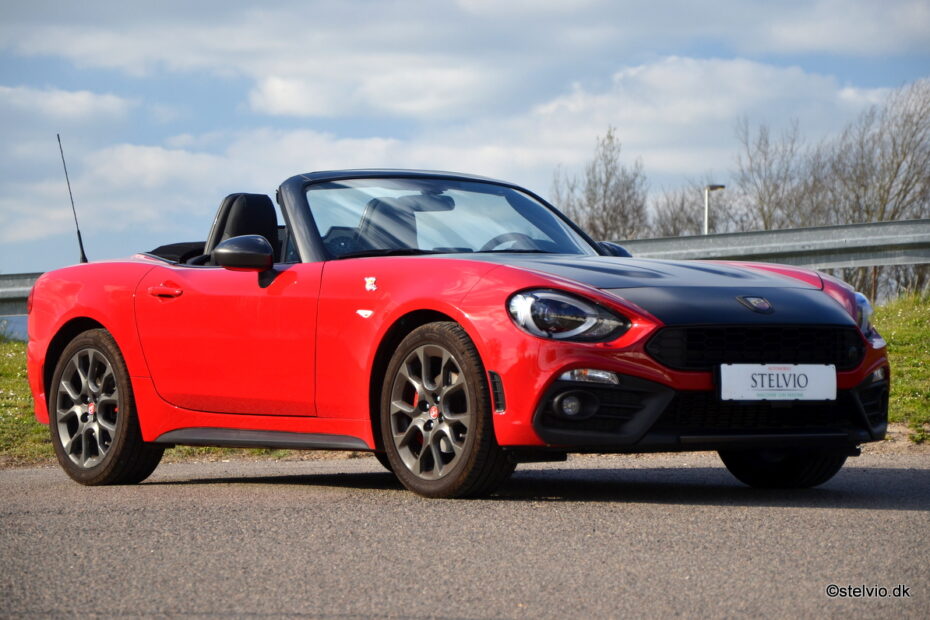 At Stelvio we primary deal with classic cars – however as this car must be considered to be a future classic with production now seazed, we have decided to make an exception.

This very nice example with hight collector potential is build no. 253 of the cars which arrived at Officina Abarths factory in Turin, where they were assembled with all the nice Abarth details such as Record Monza exhaust, Bilstein dampers, Brembo brakes and the cool looking two colored leather seats. The engine originally had an output of 170 bhp in standard trim, however this example has been trimmed to 197 hp. Add to this sporty steering wheel paddle shifts in aluminium, enabling you to really utilize the sequential “Sportivo” gearbox to the max. Rear wheel drive with lsd and a perfect weight distribution all add up to a thrilling and enthuasiastic driving experience, accompanied by a fantastic soundtrack, almost worthy a supercar.

This example originate from in Belgium and has only been driven 23,000 km. The enthusiastic owner has maintained it perfectly and even added some well thought improvements to the car. As the production has now been stopped the chance of meeting another car on your Sunday morning trip is rather limited.