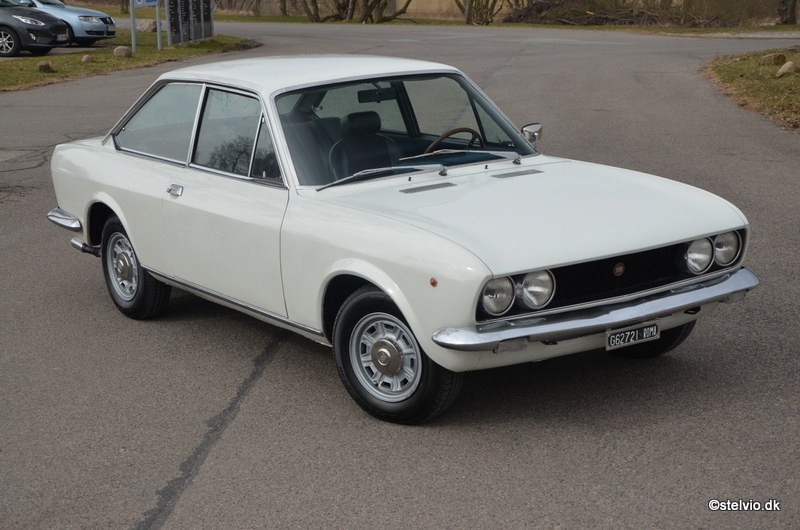 At the launch of the Fiat 124 Sport Coupe in 1967, FIAT presented an elegant coupe that shared the technology with the 124 sedan model introduced the year before. In contrast to the sedan’s somewhat ordinary lines, the coupe was designed by none other than Mario Boano, known for having designed the Ferrari 250 GT “Boano”, and now head of the Centro Stile Fiat, the companys own design studio. As a curiosity one notice that the taillights are identical to those on a Lamborghini Jarama, a small steal from the Supercar Class – or is it vice versa!? The 124 Sport Coupe quickly became a success, and by 1975 close to 300,000 cars had been produced in the A, B and C series.

Our example is a really nice and very original early B series car that spent its entire life in Rome and surroundings. We found the car in Italy and has just imported it to Denmark, where the car now present itself as a true time pocket with original black “Roma” license plates (impossible to get nowadays), Cromodora aluminum wheels and the original black interior in the combination skai / fabric. The body, which apart from a previous repaint in Italy, appears original, rustfree and with the original welding sports visible, indicates that previous owners has maintained the car well and that it origins from a healthy area has been good to the car over time.

The fine 1.438cc Lampredi engineered machine with double overhead camshafts (TC) and toothed cambelt pulls strongly, and together with the knife sharp and newly renovated 5-speed gearbox, the mechanics work fine and the car is nimble and truly a joy to drive. Fun fact: Fiat’s TC Lampredi engine is the most winning engine used in the Rally World Championship ever. 10 championships won with different versions of the engine used in Fiat and Lancia rally cars. Also, it was the world’s first twin-cam engine in mass production with a rubber timing belt.

This is a great opportunity to enjoy a classic Italian car that is both beautiful and fun to drive, and at the same time quite affordable to own. The much sought after original “Roma” license plates come with the car as a nice souvenir.