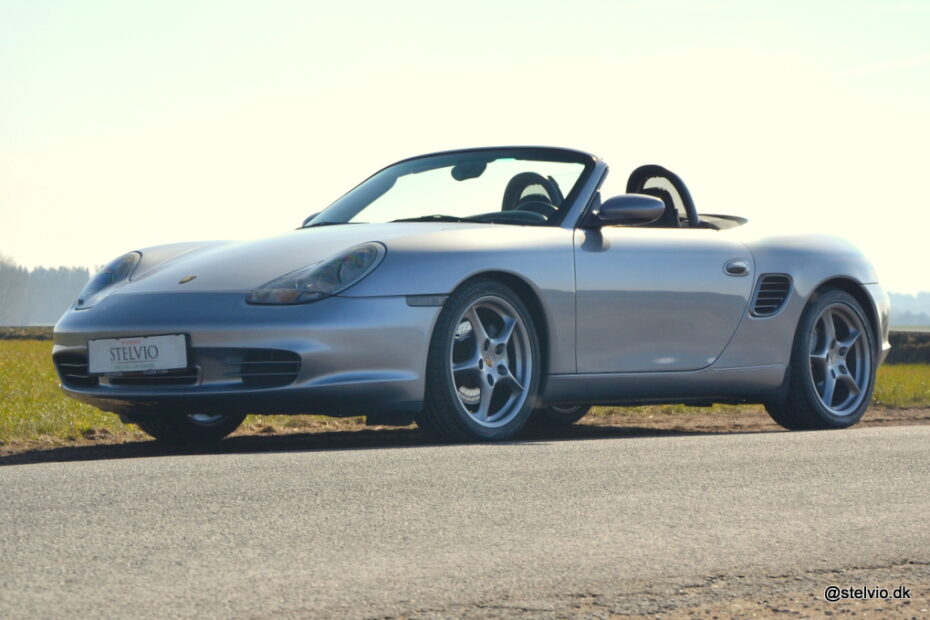 When Porsche introduced the Boxster in 1996, it was the first model since the 914 range designed as a roadster from the beginning. The Boxster became an instant success and was the bestselling Porsche for a number of years. The first Boxster – type 986 – was produced until 2005 with ongoing improvements, stronger engines and various changes in the design.

Porsche has always been good at offering special models, and in 2003 the model “50 Jahre 550 Spyder” limited to 1953 examples was introduced. Numerous changes and improvements compared to the ordinary S-model was introduced:

The engine gained an additional 6hp as well as a new exhaust with vertical outlets in stainless steel. The gear ratio was lowered with 15% which benefits acceleration and overtaking, and the car was lowered 10mm. Furthermore the brakes were upgraded to 318 mm discs in front and 299 mm rear.

The already extensive equipment was further improved. A special color “Silbermetal” – exclusive to Carrera GT – as well as new interior in beautiful tabacco leather and soft top in Cocoa brown. Special wheels and a new steering wheel, the best stereo available, phone and many other details make the already classy cabin even nicer.

So how does it drive? Extremely well is the answer. The extra horsepower combined with the shorter gear ratio actually makes a difference, and the Boxster drives brilliantly and quite fast as well. The soundtrack of the engine hitting 4000 rpm is very addictive, and the electronic soft top makes it easy to enjoy every bit of sun during the trip.

This example is in a superb condition. Originally sold in Germany, the car came to Denmark in 2007 with the latest owner being a well-known car collector. With only 117,000 km and regular service, it is now avaible for new adventures.