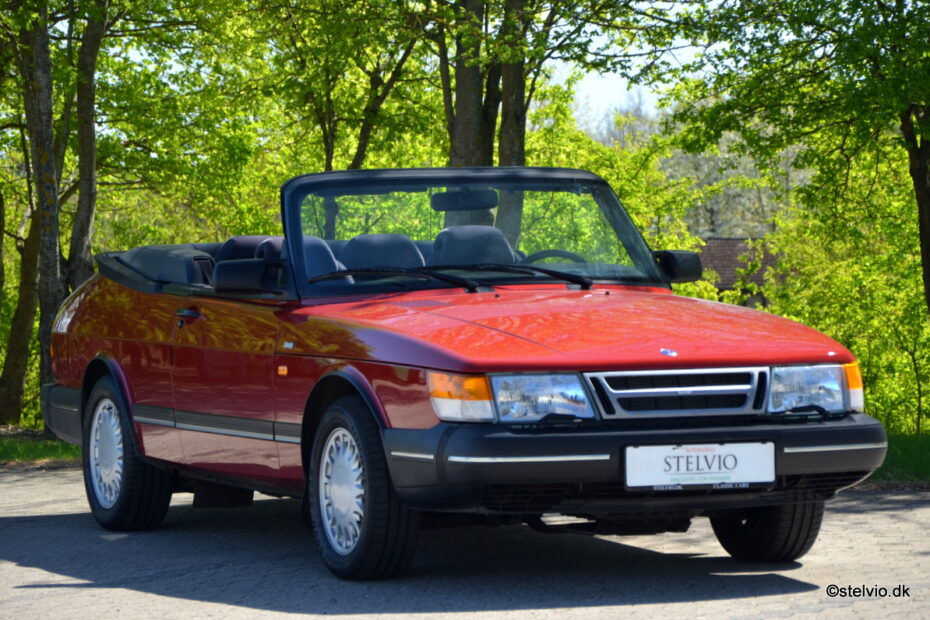 In the early 1980s, the US importer of Saab suggested to introduce a convertible version of the 900 sedan in order to increase interest in the brand. Saab was known as a niche car among the better educated people, but wanted to reach out wider. The engineers at SAAB started the development work, and the convertible was presented at the Frankfurt Motor Show in 1983. Interest was huge in the new model, and SAAB decided to start production at the Finnish contractor Valmet, and the initial cars were produced in spring 1986.

The model became an instant success in the USA as well as in Europe, and was featured in several American movies, signaling a car choice of the better taste.

This car was delivered new in Stockholm Sweden, where the only owner only has driven a total of 20,766 kilometers, and the car still appears completely like a brand new car. Surely the term “like brand new” is a worn phrase in many descriptions, but if there is one advertisement where it really fits in, this is the car. The beautiful deep red paint and the gray interior is almost untouched, and the car has full documentation for service as well as annual MOT inspections. All original extra equipment comes with the car, all original stickers are still to be found where fitted from the factory.

Driving the car is a very special experience. It feels like getting into a brand new car – just 32 years after delivery. All grips, handles and switches work perfectly and there are no vibrations or noise while driving. You can just concentrate enjoying all the nice SAAB design details, such as the aircraft fighter cockpit inspired dashboard, the ignition key located at the gear stick and the ergonomic supported seats.

The car is a must for the SAAB enthusiast who only wants the best – a similar car will be very difficult to find. In this condition and with such a well-documented history, the car has enormous collector and investment potential.