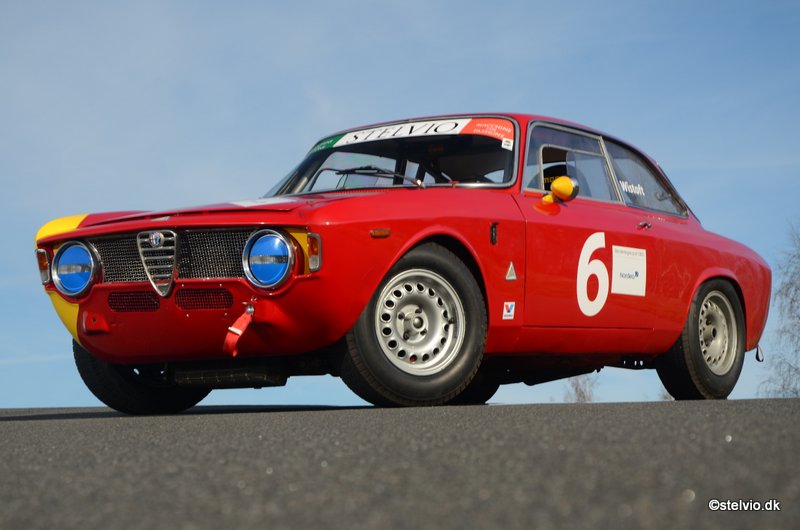 Chassis #AR 613043 is one of the few original Autodelta prepared GTAs. Swedish race driver Kjell Ehrmann owned both #613043 and #613102. Both cars were bought directly from Carlo Chiti at Autodelta with Swedish rally ace and first head of Toyotas F1 program Ove Andersson as contact person and official buyer. Ehrmann sold 102 shortly after and then raced 162 extensively in the 1960’es. 162 has a FIA HTP, but no title as it has remained a race car its entire life and never was registered for road use.

Not only is this car one the approx 80 of the 500 built GTA’s that went trough Autodelta. It is also one the only approx 20 cars delivered to top race specs including aluminium floor pans. It was sold new in 1965 to an Italian race driver and raced its first season in Italy. In 1966 it came back to Autodelta for further preparation and was probably lent or hired out for some of the 1966 season races. Ove “The Pope” Andersson – at that time works rally driver for Lancia and a personal friend of Carlo Chiti, collected the car on behalf of Kjell Ehrmann in 1967 and brought this and 102 back to Sweden.

The car has during its later years  participated in several races in Europe and particular Scandinavia. It is still to top specifikation with a fresh built (1 race) engine to full race specification by renowned Furiani in Germany. The 1600 Furiani engine shows a formidable 184 BHP on rolling road making this car a serious contender for any international event in the 1965 FIA historic touring car series.