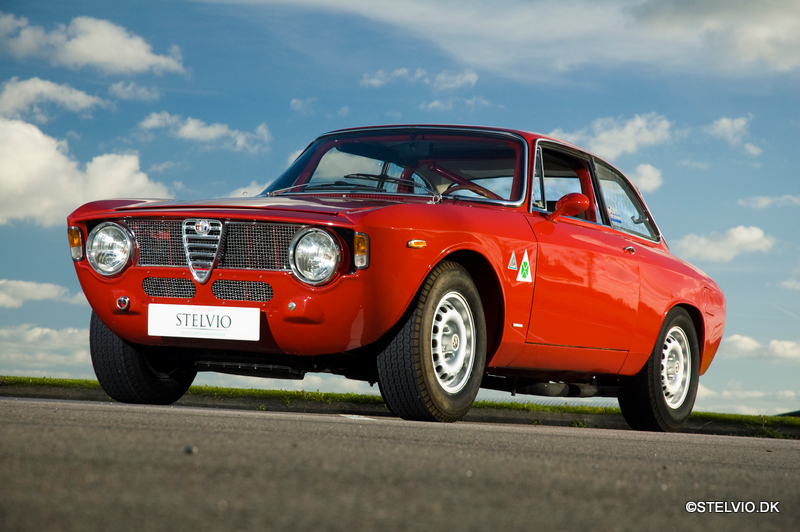 The sole survivor of only 2 original GTAs delivered new to Denmark. Out of the 500 GTAs built, 80 of them went to Autodelta for race preparation before their buyers took delivery. Chassis number 613943 is not only an original GTA it is one of those 80 cars from Carlo Chiti and his team of race engineers in Settimo Milanese. It was delivered mainly as a Stradale with its engine prepared for race by Autodelta and is now restored back to the highest standard as a Stradale.

In 1967 two identical GTA’s were ordered at Autodelta on behalf of Gunnar Henriksen, a race driver and one of the patrons behind the Danish racing circuit, Roskilde Ring. Henriksen wanted something to compete with the Porsche 911 and Lotus Cortinas that at that time were leading the pack.

The cars where ordered trough the official Danish Alfa importer at that time, Søren Tranberg in Kolding, who personally collected the two cars at Autodelta, Chassis# 613911 and Chassis# 613943

Both cars where as mentioned delivered with totally identical specs from Autodelta, that is not to full Corsa specs with aluminium floor plan and sliding block, but with body and suspension as from Alfa in Stradale version and with engines prepared by Autodelta.

The car was raced on Scandinavian tracks during the 60’es. This cars history is very well known and it comes with lots of documentation, race programmes and old film clips from its race days. Arguably the finest GTA available on the market for years, this piece of motor history, is also one of the rarest of the rare and it comes with International FIA papers (HVIF# 27DK03). World wide shipping arranged.