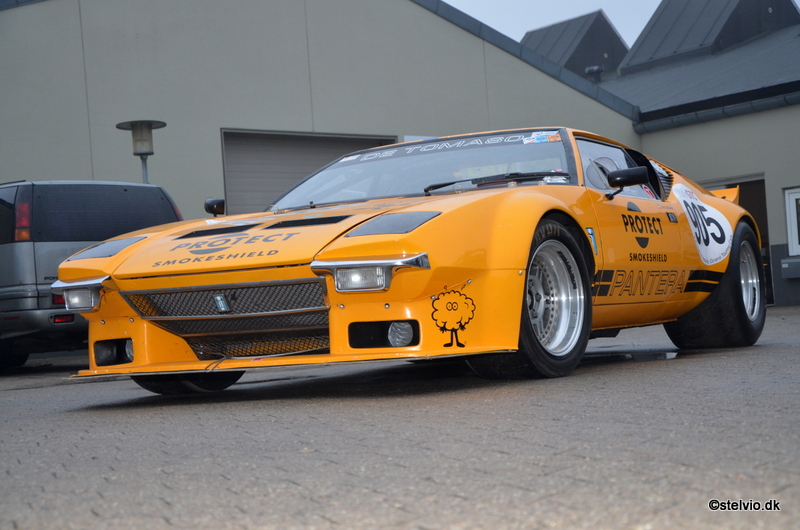 This 1972 De Tomaso Pantera is to the highest possible specifications according to the FIA Group 4 regulations and the homologation for the Pantera. It is among the fastest and most competitive FIA GTS racers in Europe. The car was built at great costs by experienced race engineers at Aquila Racing Cars.

It was extensively campaigned from 2004 to 2007 in the FIA European Championship on tracks like Nürburgring, Spa, Zolder, Hockenheim and always among the front runners. Only a trivial mistake (ran out of fuel on last lap) kept this car from winning the European championship in 2005. It has also participated in many Scandinavian events on Knutstorp, Jyllandsringen, Ring Djursland and Copenhagen Historic Grand Prix.

Cooling
Cooling the power plant is a specially manufactured aluminium radiator with 2 effective fans and oversize expansion container with integrated swirl pot and a Laminova heat exchange to control cooling/ heating of the gearbox and electric gear oil pump.

Suspension
Uniballs are installed into the wishbones to improve handling and fully adjustable with custom made Intrax dampers, adjustable roll bars front and rear and custom developed steering rack to eliminate bump steer.

Brakes
The brake calipers fitted on this car are 8 piston AP Lockheed calipers also used in Formula One. During the rebuild it turned out that the original brakes could not be obtained from AP. However, a special license issued by AP enabled the owner to make brand new homologated CNC fabricated brake calipers from one solid piece of aircraft grade aluminium using the original blue prints. There are only two cars in the world with these newly manufactured calipers. Brake discs front and rear are mounted on alu flanges for optimal cooling of both sides. An extremely strong and light custom made pedal unit is build in. Brake pressure is adjustable from the dash.

Bodywork
During a visit to the De Tomaso factory in 2003 the owner and the rebuilder received great help from Mr. De Tomaso and an engineer from the factory’s original racing support team. After that the body was completely rebuilt as a Group 4 racing car. Among other modifications the chassis were fully welded, lightened, and reinforced. The windscreen is lightened and has the added benefit of a built-in electric heater to prevent fogging.
All electrical wires are new. Wiring loom is made very light with the use of the same helicopter wire type as used in F1.

Safety
The car is fitted with a 25CRMO4 hand build roll cage constructed and installed by the acknowledged and FIA approved Swedish machine shop AB Gunnarsjö Svets & Smide. The roll cage is certified to comply with FIA’s regulations. Fuel cell: 2X60 litre FuelSafe FT3 safety tanks. The tanks are fitted one in each side of the car for optimal corner weight.

A buyer with ambitions to participate in the front of the very fast historic FIA GTS class should definitely have this car under consideration. There are only two Panteras in the world with these top specification. It comes with full international FIA technical passport.