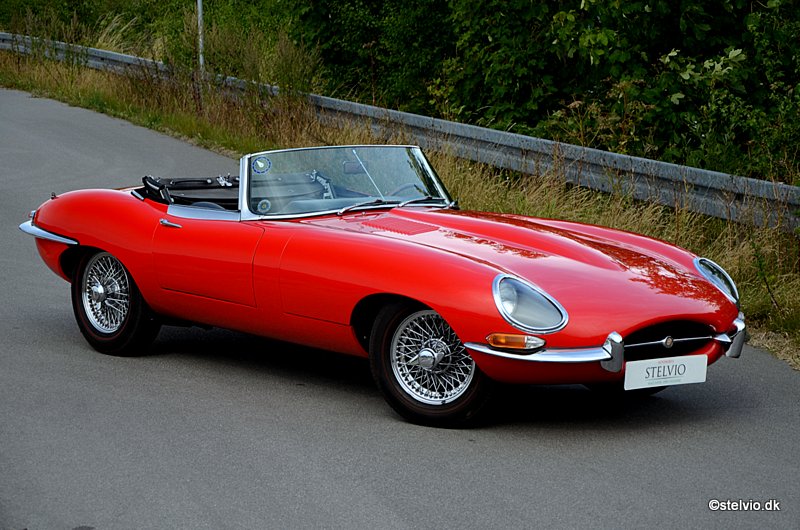 The Jaguar E-Type caused a sensation in 1961 when factory driver Norman Dewis overnight piloted the brand new car the 600 miles from London to Geneva for the opening of the Geneva Motor Show. The tube framed front-end with double wishbones, fully independent rear suspension, hydraulic disc brakes on all four wheels and the powerful straight six XK-engine was pure race technology from the D-Type Le Mans winning legend. The cutting edge technology was fitted in a sensual body work with covered headlights and delicately small taillights making the E-Type the most beautiful car in the world according to Enzo Ferrari.

This 3.8 liter Series 1 roadster was like many others sold new in the United States where it was restored before being exported to a new owner in Tenerife. In 2005 it was sold to the latest owner in Denmark from which point there is quite a large file of documentation. It is a matching numbers car in Carmen red with black interior. Superb condition throughout and a sharp driver that is registered on Danish plates and ready on the road. Sensibly priced for an early Series 1.