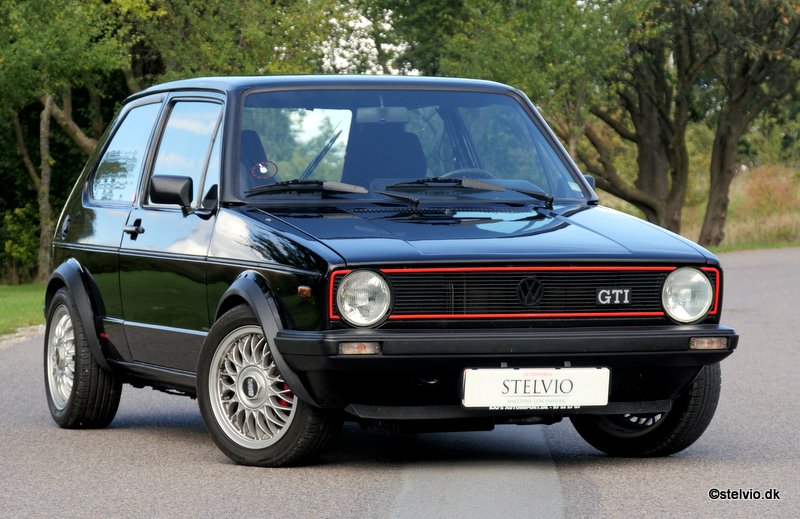 With the introduction of the Golf in 1975 VW set the benchmark for a whole new class of compact family cars and when the Giugiaro designed hatchback that weighted in at just over 800 kg came in a 110 BHP GTI version, it was the fastest VW of all times.

The GTI soon caught the interest of independent tuners and became the object of extensive development work. Right under the nose of VW the German tuning wizard Oettinger in Friedrichsdorf prepared a limited series of cars with cylinder heads with twin overhead camshafts and 16 valves together with a modified injection system. These cars were available from official VW dealers in France and with their modest weight and great handling they drove circles around much more powerful cars on twisty roads.

Oettinger soon realized the potential in their 16V modification and through appointed dealers they started to offer the necessary parts as a complete kit to GTI owners and garages. Together with alloy wheels and wheel arch extensions from BBS, another aftermarket supplier much in vogue in those days these cars with red 16S badges where the top dogs among the 1980s GTI owners.

This 1983 GTI had its modification made in 1985 by authorized Oettinger dealer in Denmark, Hartmann Motorsport. It was mandatory to have the work done by authorized dealer if VW warranty was to be maintained. As the modification was done in 1985 it also had the instrumentation and the highly sought after Recaro sports seats from the Golf II fitted together with the power steering. It has modified suspension and the 1800cc 16V engine is showing 142 BHP on rolling road. The Mk II speedometer that was fitted in 1985 is now on 76.947 km and the MOT reports from 2005 and forward is showing only 6.000 km during these 15 years. Also taking into consideration the immaculate condition of this car we have every reason to suspect that this is a very low mileage car.

The car has been serviced and maintained by Danish Golf GTI specialist Kaj’s Autoimport who also changed cambelts and clutch in 2019. It has Danish historic status and modifications are approved by both MOT and Tax. This is a 1980s icon that has become a rare find especially in this immaculate low mileage condition.